Your game will begin in a few seconds! :)
To play these games, you will need Adobe Flash Player.
Installer Flash Player
4/5
100 votes
Like

How to play the game "Barbie’s Glittery Cupcake Game"?

Everyone at MyGames4Girls loves Barbie...do you? We thought we knew everything there was to know about the famous doll, but we just found out something new: Barbie loves to cook! It’s her secret talent. Of course, Barbie adds a girly touch to her cooking, she loves to bake pretty cupcakes! There’s a problem though, Barbie has baked so many cupcakes lately that she’s out of inspiration and needs some help with the cupcake decoration. Can you give her a hand in this free celebrity cooking game? Read more

If you love girly things like Barbie, you’re going to enjoy choosing the cupcake holder and colorful coatings, and then putting the design together. The best part is picking all the pretty decorations...they’re the icing on the cake! There is just one rule Barbie wants you to follow...make sure there is plenty of shine and glitter! Barbie loves baking, do you? Remember to be as creative as you can, it’s not often you get to bake beautiful cupcakes with Barbie! 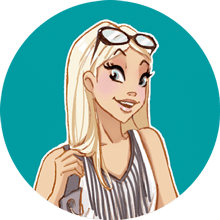 If you enjoyed Barbie’s Glittery Cupcake , you'll love these celebrity games just like me!