Modern Muse Alyssa Carson: One Small Step for a Girl; One Giant Leap for Girlkind

Meet Alyssa Carson, 13, space prodigy and all round busy bee. She calls Baton Rouge, Louisiana home - but her dream is to live on Mars! 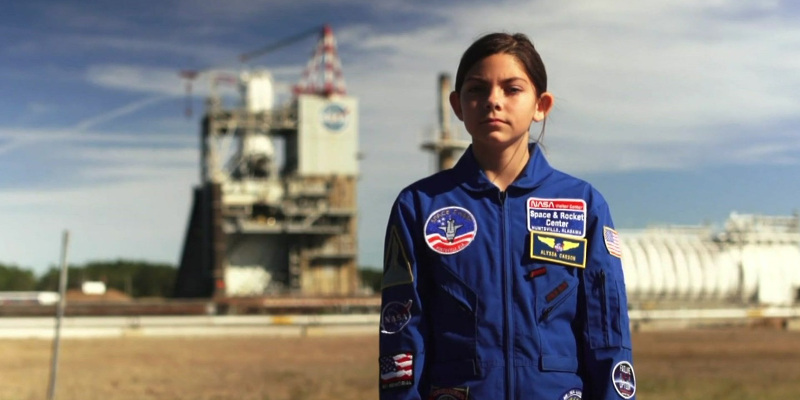 Reach for the.. Mars?

Alyssa has spent the last ten years cramming in more prep for space travel than Buzz Lightyear. As it turns out, it IS rocket science:

Alyssa’s visited all 14 Nasa Visitor Centers in the US, otherwise known as completing the ‘Nasa Passport Program’ just four months after Nasa announced that, you know, it could be a kinda cool challenge.

She studies all her lessons in four languages: English, French, Spanish and Chinese. Martians must know ONE of those languages, right? 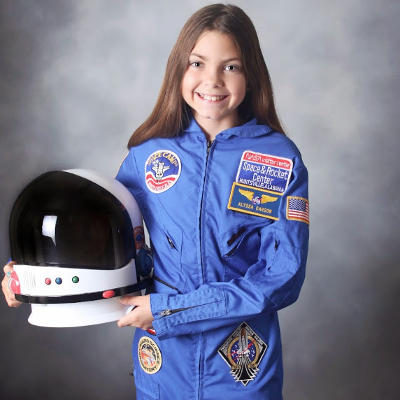 Alyssa’s voice will sound completely different on Mars. Sounds are a higher pitch on Mars because the planet’s atmosphere affects the way that sound travels!

Alyssa Carson: Not a Waste of Space

In between all the jet-setting and space-camping, Alyssa has appeared on TV several times and has tons of hobbies. You know how you go to ballet once a week? Well so does Alyssa. She also plays piano and soccer. And she’s a Scout and a member of a book club. We wonder how she arranges her week? She must have to...PLAN-ET!! (Sorry).

But we did wonder how many of those things she’d be able to do on Mars, so we drew up this handy informative list to compare:

Do you want to tell her, or should we?

With her resume that must boast more pages than the Hogwarts library, Alyssa is pretty amazing. We must admit though, when Alyssa first called herself the ‘Mars generation’, we thought she was speaking our language.

Guess we were mistaken...

To join the NASA (or equivalent) training scheme, you usually have to pass a strict fitness test, have flawless eyesight, and good blood pressure. Phew!

To Infinity and... the Pool!

Ever wanted to experience anti-gravity here on Earth? Would-be astronauts spend nearly two years practicing spacewalks underwater in swimming pools. Maybe wait until you’re on the training program before you start wearing your Moon Suit to the local pool though...