It’s the attack of the clones - again!

How to play the game "Star Wars Bomber Man Game"?

You thought the evil droids were defeated in Star Wars: Attack of the Clones, but they’re back! In this mobile Star Wars game, waves of droids are coming to destroy the Rebel Alliance base and you need to stop them in their tracks. Use bombs and clever defenses to blow up the droids before they can reach you! 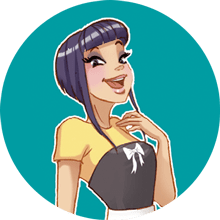 Star Wars Bomber Man is one of my favorites! We clearly have awesome taste! Come and play more of my fave fun games!