Married to Jonas gets a second season

The hit reality TV show will be back for spring 2013. 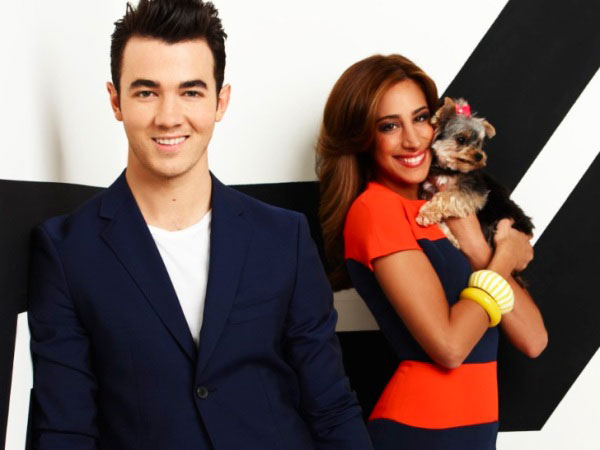 Good news for you fans of the Jonas bros: E! has confirmed that Married to Jonas has be renewed for a second season!

The reality show, which follows oldest JoBro Kevin and his wife Danielle, has been one of the networks biggest hits in its time slot, with 1.8 million viewers tuning into the first series. New episodes due to premier next spring, and will see Danielle exploring her own business as the Jonas Brothers head back out on tour.

Executive producer Ryan Seacrest has said: "We’re excited to continue chronicling their marriage and relationships with extended family and friends in season two. I expect they’ll continue to charm and amuse people along the way, generating even more Jonas family fans." Yay!

Check out this clip for a taster of life being Married to Jonas. Think you could handle this crazy family? As far as we know, Nick and Joe are still available...