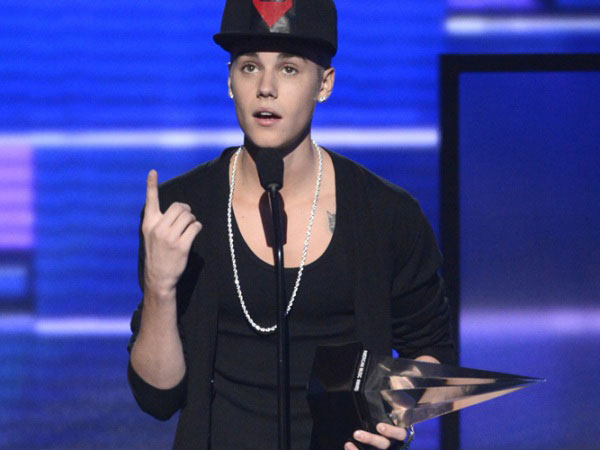 The American Music Awards took place in LA last night, and it was yet another victorious evening for Justin Bieber! JB took home the awards for Artist of the Year, Favorite Male Artist in the Pop & Rock category, and Favorite Album for ’Believe’. He brought his mom up onstage for his acceptance speech, thanking her and his fans for their love and support and saying: "I wanna always make you proud." Aww!

All deserving winners, though we were a little disappointed to see One Direction lose out to Carly Rae Jepsen on New Artist of the Year and to Maroon 5 in Favorite Pop & Rock Group... but with their single and album both currently No. 1 in the UK, they probably weren’t too upset!